On Christmas Day, Trust chairman Ray Collins left home at 6.30am to meet three cooks at the Wantage Health & Wellbeing Centre. While most people were still asleep, the cooks prepped the SIX turkeys and they were put in the oven at 7am. The team then set about tackling the kilos of vegetables: parsnips, carrots, sprouts and potatoes.

The previous day Ray and several Trustees and volunteers had transformed the centre into a banquet hall fit for a king. 18 tables were dressed and decorated with gold & white table cloths, gold napkins and handmade Christmas centre pieces provided by Hazel Stanyon. Snowman cupcake holders from Waitrose also added fun and colour to the arrangements.

At 10am a fleet of volunteers drivers started collecting the lucky guests and bringing them to the centre. Each guest was greeted with a Christmas card from the Trust and seated with a drink of their choice.

At 11am a group of local folk musicians and singers led by Howard Hill played some festive favourites. The Wantage Town Mayor Steve Trinder arrived and wished everyone a very Merry Christmas and spent time talking to the guests before returning to his own Christmas festivities.

Just after midday the Wantage Silver Band popped in and treated everyone to several carols which got everyone singing along and having fun.

Forty-four people who would have spent Christmas alone, then enjoyed a traditional turkey dinner with all the trimmings, a choice of Christmas pudding or apple pie & custard, mince pies and coffee. Then everyone was given a lift home with their Christmas hamper and box of chocolates and leftover turkey for evening supper.

The only disappointment were several people too ill to attend. With four in hospital, it put a tinge of sadness on the day. A couple of meals and hampers were delivered and hopefully the others will be well enough soon to receive theirs.

A special mention to two young ladies who were amazing and went above and beyond today: Bryony Wilson and Holly Jackson.

Both girls were completely at ease talking to the guests. They served food and drinks all day, tidied, carried hampers all with smiles on their faces and really bonded with the guests. Nothing was too much trouble. Often teens get a bad rap, but these two were exceptional today and we at the Trust are so proud of them both.

Merry Christmas and a Happy New Year to all our supporters and thank you to Waitrose Wantage, Challow & Childrey Cricket Club and all of you for making this happen.

If ever there was an event that epitomises our slogan “Making a real difference in our community”, it’s this one. 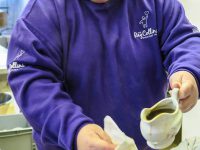 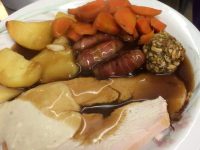 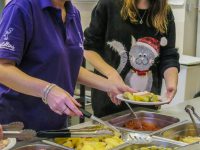 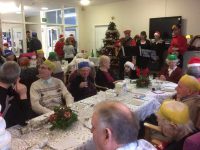 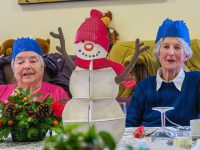 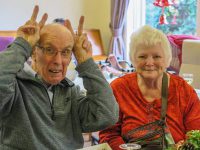 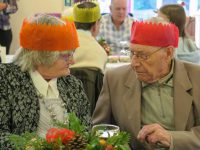 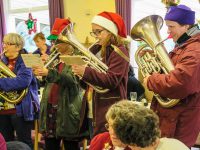 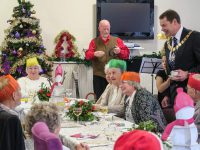