Blingo: glitz and glamour for charity

What is Blingo, you may ask. When Ray Collins first brought the idea to our September Committee meeting, none of us had heard of it either. He had come across the concept by chance and thought we could develop the idea: a ladies only event where they get their posh frocks and sparkliest jewellery out to play a few games of bingo. And so the seed was sown!

Despite the fact Tracy had never played bingo in her life, she immediately volunteered herself to lead this project and set about creating a night the ladies of Wantage would be talking about for months.

Blingo rapidly developed a life of its own and before we knew it we were arranging an event for up to 170 people, playing 13 games of bingo, making 1200 canapés, serving 30 bottles of Prosecco, amassing over 30 donated prizes, inflating 90 balloons and applying baby oil to the bare chests of 12 topless waiters!

February was our target month – something to look forward to after the January blues. The Beacon was the venue of choice for the scale and type of event we were hosting. So 17 February was pencilled in the diary before Christmas and a teaser post put out on Facebook to whet the appetite of our target audience.

The response was unbelievable! Never had we had more views on a post and groups of up to 10 people were already asking to reserve tickets.

We decided this was going to be a quality event with lots of glitz and sparkle, so who better to be our main sponsor than Peter Casey Jewellers? They very kindly agreed to support the event and donated a number of beautiful pieces that we could use as bingo prizes, including the jackpot prize of a beautiful pendant necklace.

This was no time to be shy and retiring. Each of the Trustees tapped up their friends/family/colleagues/acquaintances for classy raffle prizes and as always we were astounded by the generosity of local businesses and individuals as the donations came rolling in.

Terry, the Trust’s ever-faithful catering partner, agreed to create over 1,000 amuse bouche, with which our cheeky waiters would tease the appetites of our hungry ladies. This is no mean feat and I’m still not sure we’ll ever be forgiven for that challenge!

Rapidly the big day approached, the anticipation grew. And the panic set in. What if our waiters let us down at the final hurdle? We’d have a riot on our hands! Our ladies had paid good money to be served canapés by topless men, so topless men we must provide!

Many different tactics, angles, friendly threats and powers of persuasion were employed to finally secure the services of a dozen local guys who voluntarily gave up their Friday night to parade themselves around for the pleasure of our eager ladies.

So the big day finally arrived and after much balloon attaching, chair covering, bow tying, table laying and prize displaying, we were ready to welcome the ladies of Wantage.

And they certainly didn’t let us down! A host of beautiful women aged 18 to 85 began filling the bar as individual flair and personality was showcased through an amazing array of glamorous outfits of every imaginable colour.

Each received a welcome glass of bubbly and excited chatter soon filled the bar, quickly followed by giggles of delight as the waiters started mingling between the guests with platters of canapés.

Raffle tickets and bingo dabbers were purchased as all 170 highly animated women moved through the bar to the main hall, where everyone was seated with anticipation by 8pm.

Tracy welcomed everyone to the event and after thanking the long list of donors and helpers, the room fell silent as the serious business of bingo began.

Tuxedo-clad Matt expertly lead bingo proceedings. One by one the winning cards were checked by Laura and the fabulous prizes awarded to much whooping and applause. One table brought a secret supply of miniature rubber ducks which were pelted at the stage each time Matt called 22 “two little ducks”, much to the amusement of the room!

Six games in, a break was called to allow guests to recharge their glasses and the waiters to peddle their wares. Slightly more lubricated (both in terms of alcohol and baby oil!), the waiters were far more relaxed by now and were enjoying the attention from the ladies as they navigated the tables and posed for photos.

Bingo re-commenced with a further six winners, followed by the jackpot game when the winner, Louise Carr, was carried to the stage by several waiters to collect the star prize.

One very special guest, June Brown, was celebrating her 85th birthday at Blingo, so of course we had to make a fuss of her on this momentous occasion! Much to her embarrassment, she was presented with a beautiful cake and flowers by the waiters, making her feel spoilt on her special day.

Raffle tickets had been on sale throughout the evening, so while the waiters tempted the ladies with sweet treats, Ray drew the raffle. Each of the 15 winners was escorted by a waiter to collect amazing prizes donated by our community including a half day Spa Experience, Pamper Hamper and Chocolate Hamper.

Once the final prize had been collected, Tracy asked the waiters to assemble at the front of the stage so guests could show their appreciation. She thanked everyone for coming and making the event such a success. Guests were invited to fill the dance floor as the disco began.

As soon as the music started, everyone was on their feet and dancing. Many of the waiters joined the ladies on the dance floor, as the Trustees marvelled at the intoxicating atmosphere. It was a scene to behold and one that would be reflected on many times in the days to come.

Gradually the numbers dwindled as sore feet carried tired, exhilarated ladies home from what had been a fun-filled evening for all.

Midnight arrived as the lights went up on Blingo 2017. Trustees, helpers and Beacon staff disassembled the hall and returned it to its original state. Still buzzing from the positive comments and amazing feedback received, we departed with weary smiles of satisfaction at a job well done. 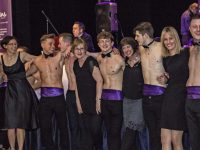 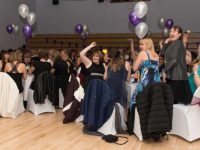 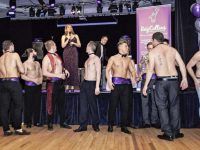 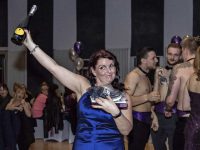 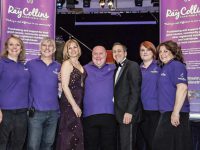 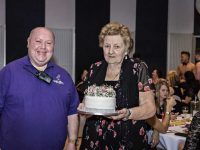 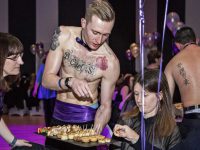 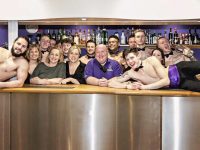 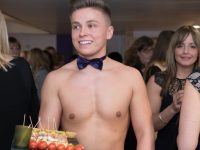