Our biggest donation to date! 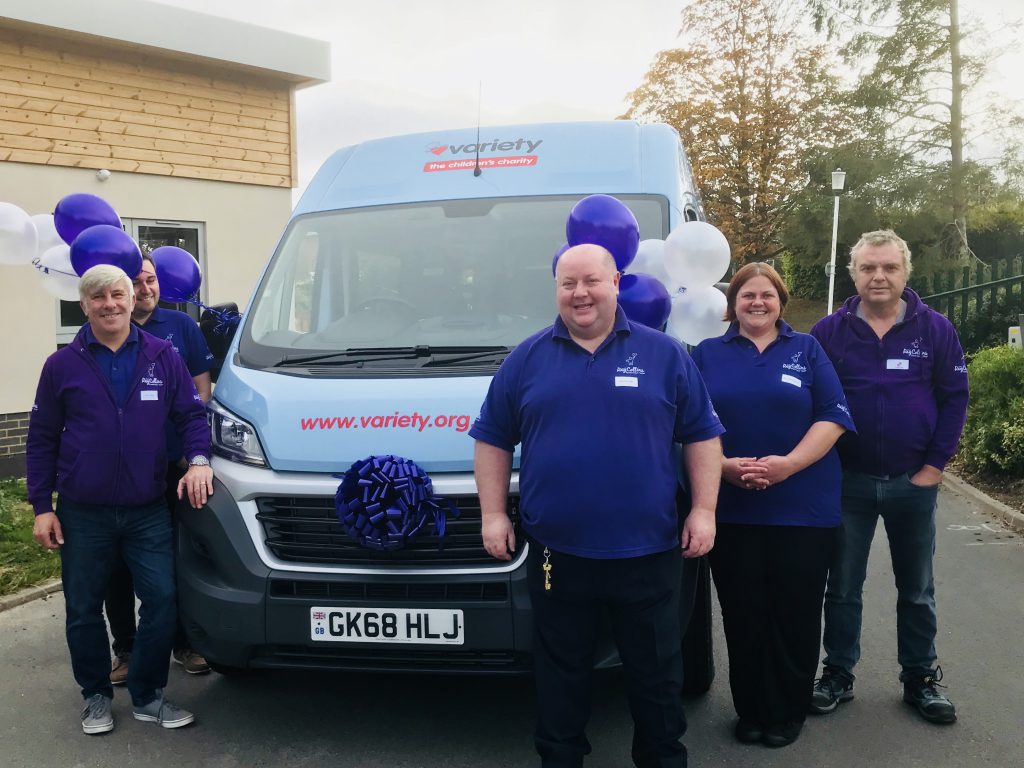 Trustees secured an amazing £45,000 for a brand new Fiat Ducato 17 seat specially adapted minibus with wheelchair lift and 4 removal seats and wheelchair fixings for the 108 students at Fitzwaryn School so the extra curricular activities such as day trips, swimming and horse riding can be more inclusive for all the students.Last April while delivering Easter eggs to the students at Fitzwaryn school Ray was talking to Mike Charlton who mentioned the school needed help to raise around £10,000 for a deposit for a new minibus it would then take a couple of years for the rest to be raised through another organisation. Mike also mentioned about a new business enterprise cafe area for the 6th form students to help them learn a variety life skills in catering and dealing with the public to  better equip the students for future employment. The students would plan the menus, shop for the ingredients, prepare and cook the meals and then sell them and serve in the cafe.

Ray asked if a new minibus was purchased as well as being used by the students could it potentially be used to pick up local people living in isolation so the students and local people could both benefit and learn from each other, exchanging recipes, cooking tips, culinary knowledge and even just a good chat about life over a delicious meal. Being collected by the minibus would help continue the Trusts work in the community trying to break down the cycle of loneliness that so many people find themselves stuck in, many of those living in isolation have similar mobility issues as the students so a wheelchair lift and secure wheelchair fixings would be perfect for both groups.

With the budget cuts in social care letting communities like Wantage down and the closing of Day centres and the reduction of services available, the people of Wantage will always find away to look after each other, Ray went away with the task of finding the money, a huge challenge but Ray loves a challenge!

A few weeks later Chris Medlock (VINCI) a friend of Rays mentioned the firm he worked for were looking for a local project that benefited the community. Ray straight away mentioned the minibus idea and Chris thought this would work really well. An application form was sent in. Shortly after another of Rays friends Pete Yearling (St James Place ) popped in to see him as Rays Charity had been a registered charity for a year. Pete mentioned his firm would like to help a local project especially involving children again Ray explained his idea of the minibus helping young and old. A meeting was arranged for Ray and Pete to go to St James Place Head Office quite a daunting Place with so many Ferrari’s, Bentley’s and Aston Martins in the car park Ray was well out of his comfort zone. Ray gave a presentation to the community funds manager and left feeling it went well.

A few weeks later Ray was contacted by Chris Medlock and his firm the Vinci Foundation had awarded the project £12,000 which was fantastic news, shortly after this Pete Yearling contacted Ray and confirmed that St James Place in connection with Sunshine Coaches/ The Variety Club had awarded the project £29,000 which left a shortfall of £4,000. Ray was gobsmacked by the news and arranged a meeting with his trustees who all agreed this was a unique opportunity to help dozens if not hundreds of local people over the next ten years or more, the Trustees unanimously voted to contribute the extra £4,000 so the bus could be ordered, specialised equipment fitted, sign written and delivered by the beginning of October. Ray had achieved in a couple of months what the school thought would take two years to get,  if at all and the minibus would be delivered in a few weeks time.

The unveiling was kept a secret from all the students, families, teachers only three people at Fitzwaryn knew, sixth formers, parents, sponsors and the Mayor were all invited along to a fake press launch to kick start the fundraising appeal. As Ray spoke to the crowd the minibus pulled in to the school and the keys were handed over to the Head to huge cheers and lots of emotion. To say they were surprised would be an understatement.

“A chance conversation with Mike whilst delivering Easter eggs, a chance conversation with Chris and then Pete and in just over three months we had £45,000 to buy a new minibus is just completely unbelievable. Obviously a lot of work went on behind the scenes as well and I am so grateful to Chris, Colleen and Pete for all their efforts to make this possible, we certainly couldn’t have done this so quickly without them.

We wanted to surprise the students so we kept the news a secret until today which hasn’t been easy for me as I’ve wanted to scream it from the rooftops every day. This is by far the largest donation myself or the charity have ever made and for it to be helping such a rewarding group of very special local young people and to hopefully benefit those living in isolation is truly amazing. The students at Fitzwaryn are an inspiring group of young people full of talents, kindness and compassion for each other and everyone they meet.The minibus will enable the school and the students to reach out in to the community like never before and this pioneering project could become a template for other schools. The Trust receives a lot of support from the Town Council and it’s always nice to have the Mayor present at our events and presentations.

So often timing or just pure luck plays a huge part in our lives. Personally, I believe you make your own luck, with ordinary talent and extraordinary perseverance anything is possible. And that timing is everything, and you have to stay the course, believe in yourself and just keep working harder and know that, when your time comes, that it will be all the sweeter.

Today has been quite simply the sweetest and proudest day of my life! And if you were in any doubt, this is what ‘Making a real difference in our community’ is all about.” 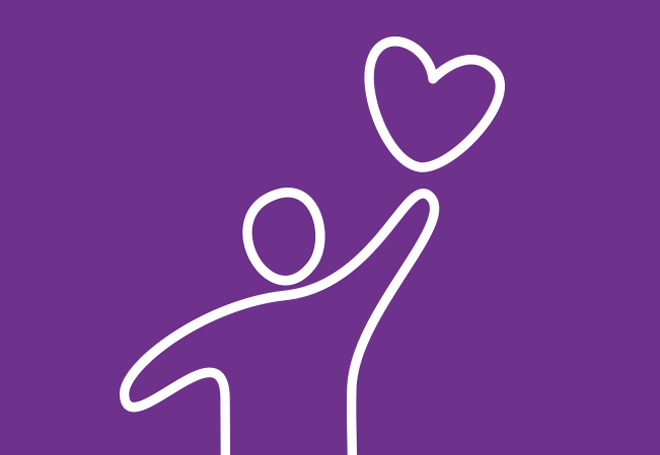 Nicky Rutter talks about supporting us 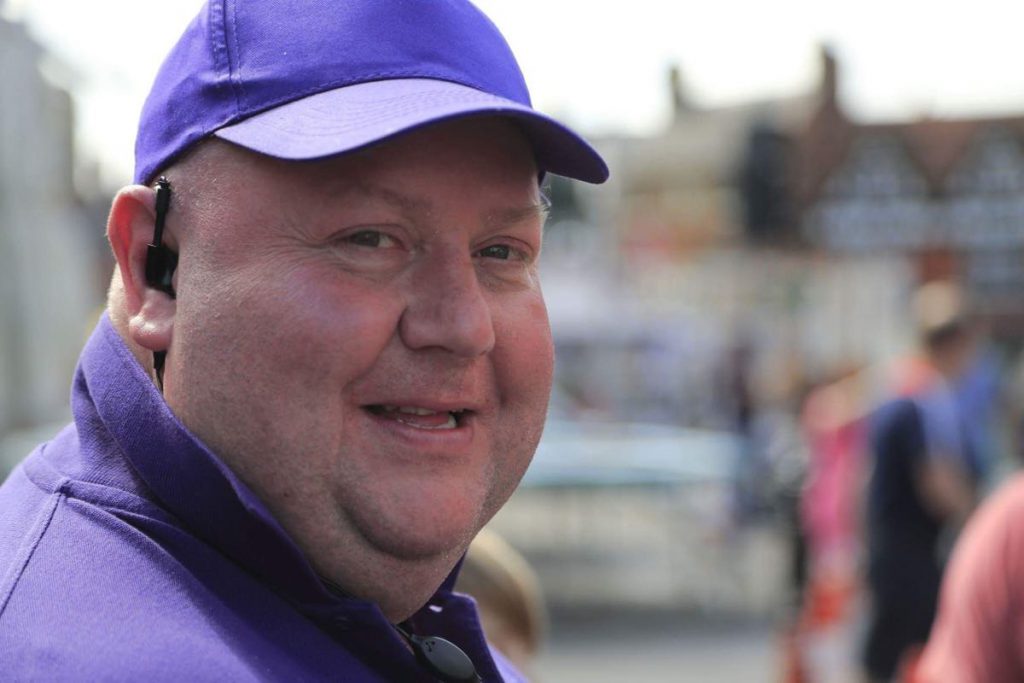